Alicante ranked second as the most desirable city to live in …

London, Paris, and Rome are famed for their history, culture, and commerce. Now, they share something else in common: Expats don’t like them.

The three European capitals attracted some of the lowest rankings in a global survey of more than 15,000 people representing 173 nationalities. Concerns about health care, safety, work-life balance, and the affordability of housing weighed on their scores in research conducted by InterNations, a Munich-based expat network with around 4 million members.

At the other end of the scale, a quartet of Spanish cities placed in the top 10. Expats gave Valencia, Spain’s third-largest city, the world’s highest score based on its climate, housing affordability, and health care. Just down the list — and around 100 miles down the coast — Alicante, a city of 330,000 people, came in second place. Malaga and Madrid earned 6th and 9th place.

Derek Chandruang knows why Valencia came out on top. The 38-year-old American expat spent 15 years living in London but relocated to Valencia in September. He swapped a three-bedroom shared apartment with two roommates in Britain for a three-bedder of his own in the trendy Valencian neighborhood of Ruzafa. His apartment, designed in a traditional Spanish fashion with lots of original features, costs him 900 euros ($1,070) a month to rent.

“Valencia has a really ideal combination of being a city with all the elements of urban life,” said Chandruang, who works as an executive in the music industry. “Even though it’s a more medium-sized, manageable city with proximity to beaches.”

Aside from the four Spanish cities, Lisbon, Panama City, Singapore, Buenos Aires, Kuala Lumpur, and Abu Dhabi made it into the top 10.

Expats in Lisbon — ranked third — said the city was easy to get settled into, had a great quality of life and fantastic weather. (Portugal is famous for having around 300 days of sunshine a year.) Still, expats in Lisbon gave the local economy relatively average scores, with 62% rating it positively, compared with a global average of 63%.

Work is an area where some of the larger, more traditional expat hubs scored poorly. Take Rome. Local expats’ scores put it at 65th overall, right above Salmiya, a Kuwaiti city that came in last place. But Rome came in at the very bottom in the “urban work life” category, which takes into consideration issues such as job satisfaction, local career opportunities, job security and work-life balance. Seoul ranked 61st on that scale, just below Hong Kong at 59.

Paris, ranked 61st, took a hit because of issues surrounding expats’ personal financial satisfaction and housing costs. Roughly three in 10 expats in Paris reported being unhappy with their financial situation and 70% said housing was unaffordable.

Out of 66 cities, London clocked in at 51 and New York at 34. Expats reported positively on career opportunities in these cities, but they came with costs, such as expensive housing or health care. In the U.S. and a number of other traditional hubs for foreign workers, life has gotten more difficult for expats, with government policies restricting immigration for skilled migrants.

The InterNations survey was conducted in March, so it doesn’t capture the full impact of the changes the Covid-19 pandemic has caused. However, the sentiments captured in the survey echo trends seen this year with residents seeking to move out of big cities as they reassess work and life.

Why Alicante is an ideal location for remote working 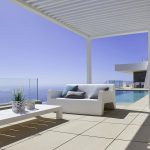 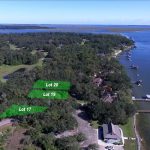